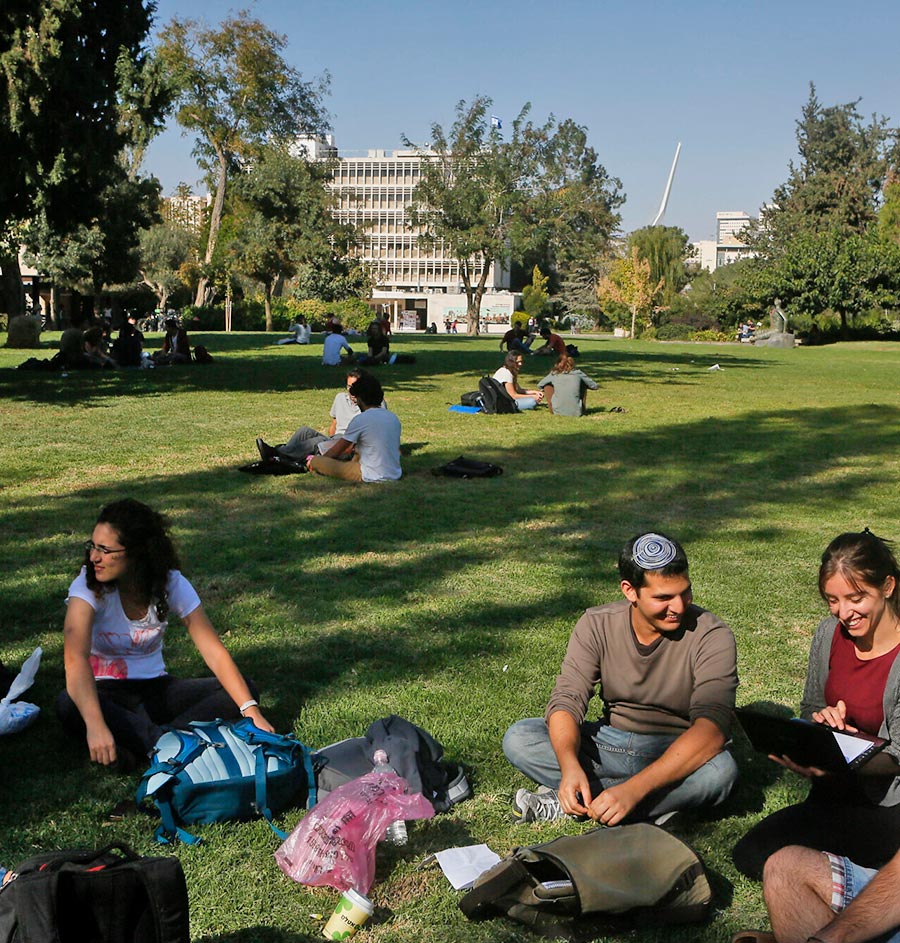 “The academic world is where people seriously, scientifically observe the outer world, inner world, and secret world, which I appreciate very much. That’s how it should be. It complements what Buddha himself said, to never take his teachings at face value. You have to analyze it. You have to test it. You experience it and you decide.” 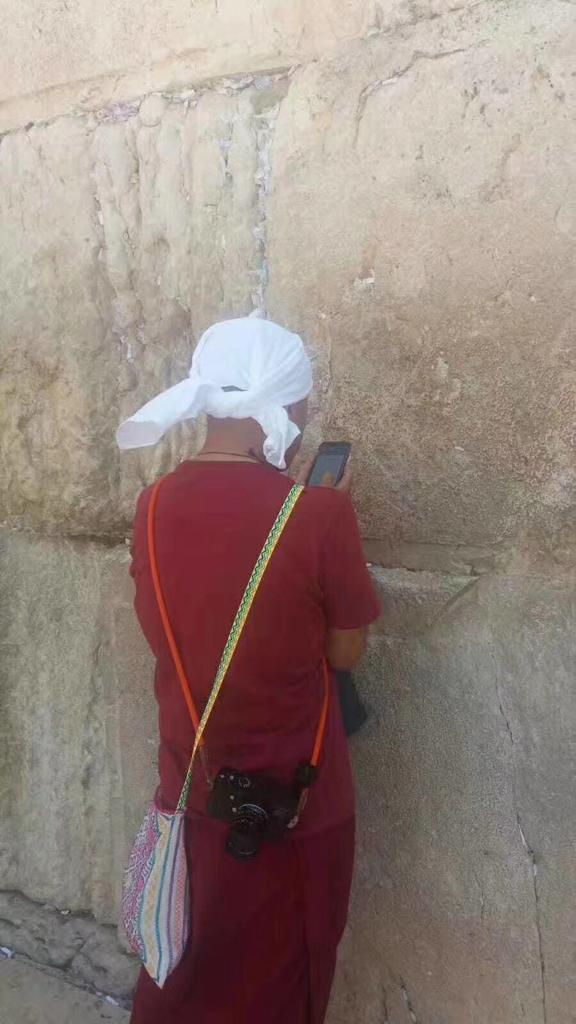 Rinpoche reciting the Diamond Sutra at the Wailing Wall in Jerusalem, June 2018.

The Wailing (or Western) Wall is an ancient Jewish sacred place. It is the support wall for the Temple Mount, holy to both Jews and Muslims. Muslims call the compound al-haram a-sharif. The Temple Mount is a short walk from the Christian Church of the Holy Sepulchre, where Jesus is said to have been buried, and from the Via Dolorosa, his “path of agony” to crucifixion.

“When I was first invited to speak at the university and they asked me to speak about meditation, I was really surprised.”

Rinpoche visited Israel for the first time in 2018, when he gave a series of meditation and dharma teachings at the invitation of The Hebrew University of Jerusalem (HUJI), planting the seed for KF support of a Buddhist Studies program at the university. After a successful phase of initial support, the KF board approved the funds to sponsor an additional permanent tenured track faculty position in Buddhist Studies at HUJI in January 2021.

The new position in Buddhist Studies is a game-changer, recognizing the study of Buddhism as a well-established field and also leading the way for securing further support to establish a designated center (or a program) for Buddhist Studies at HUJI within a few years.

HUJI is located in the holy city of Jerusalem, Israel, the central hub of the three major monotheistic religions of Judaism, Christianity, and Islam, in the middle of the conflict-ridden Middle East. At present there are university centers for studies of Judaism, Christianity, Islam, and East Asian studies. Our efforts are intended to place Buddhist Studies in a comparable position as one of the main sources of philosophical and religious thought in this part of the world.

It’s a remarkable moment that The Hebrew University of Jerusalem, the oldest and one of the most outstanding academic institutions in the land of Israel, is now hosting the new Khyentse Professorship in Buddhist Studies, supported by the generosity of Khyentse Foundation. This will be the first time that an Israeli university has committed to a perpetual position in Buddhist Studies, marking an important stage in the presence and growth of Buddhist Studies in the country.

HUJI has a long-standing tradition of excellence in the study of religion, priding itself in its legacy not only in the study of the monotheistic traditions, but also in the study of Asian religions, being the intellectual home for some of the world’s leading scholars both in Indian and East Asian religions. Prof. Yael Bentor, who recently retired, is a world-renowned expert in Tibetan Tantric tradition and ritual. She taught Buddhist Studies at the university for three decades. She will now be replaced by an expert on Tibetan Buddhism.

Israel is a holy land, and Jerusalem a holy city, for billions of people of diverse religious denominations. In many ways, it is the religious cradle of the western world. While culturally oriented toward the west, Jerusalem is located in Asia. (Geographically, the Middle East is part of the Asian continent.) Although today political borders may prevent many types of cultural exchange and even enhance hostilities, we can and must continue to cultivate the hope and faith that human beings can treat each other as friends and allies, while cherishing trust and compassion, as well as diversity. The study of Buddhism surely contributes to this end.

It is particularly exciting that Buddhism will now have a greater opportunity to spread its message of wisdom and compassion in such a deeply religious area. There is already much interest in buddhadharma in Israel, and this faculty position will strengthen the Israeli Buddhist community and deepen the study of Buddhism in the country.

Why Create Endowed Chairs at Universities?

Excerpts from Rinpoche’s comments to a group of doctoral students, February 2021.

In the modern world, especially in the West, in Europe and America, Buddhism really spread haphazardly. The Beatles, John Lennon, “jaya guru deva,” all those songs, drugs— they’re all good, by the way. As a Buddhist, I think they are all bodhisattvas. And then all those hippies who went to Nepal in search of some sort of ecstasy but bumped into great masters. But we, the lamas, have never offered these people any systematic sort of study. So I feel that the lamas, like myself, are maybe like 30 or 40 years behind. We should have done this long ago. I don’t know how much of this interest in Buddhism will remain, especially in the West. Trends move so fast, so fast, and sometimes they’re quite scary.

For instance, I think the West there is now in some sort of romantic excitement about meditation, about mindfulness, and this worries me. Because there’s no academic studies, no uma, no tséma, no nonduality. You know, just sitting on the meditation cushion. It’s getting really watered down. That’s why I feel that the guardians of Buddhism in the West will be the academics, at least for now.

HUJI is the fourth university faculty position in Buddhist Studies funded by KF.

In 2006, we endowed the first Khyentse Chair at the University of California at Berkeley. The position was filled by Prof. Jake Dalton, who continues to contribute to the flourishing Buddhist Studies program.

In 2018, the Khyentse Genden Chopel Professorship, initiated by Prof. Donald Lopez, was established at the University of Michigan. The position is now held by Dr. Sangseraima Ujeed.

In 2020, we concluded an agreement with Ludwig Maximilian University (LMU) of Munich, together with the Tara Foundation of Germany, to co-sponsor a tenured professorship. Recruitment for a suitable candidate is now in progress.

With these four permanent faculty positions in Buddhist Studies (including The Hebrew University of Jerusalem), two in the United States, one in Europe, and one in the Middle East, we hope to strengthen the long-term position of academic Buddhist Studies by building an infrastructure with these excellent institutions. Our next challenge will be to explore opportunities to establish chairs in Asia and Australia.

In addition to endowing chairs, KF collaborates with more than 30 universities worldwide to support Buddhist faculty and programs through Khyentse Lectures, Khyentse Buddhist Centers, sponsorship of Buddhist language teachers, and support and awards for students. We are also expanding our programs to include a variety of campus activities to reach a wider audience.

“I would say the main thing [in Buddhist Studies] on top of language, history, is the view — not meditation, not action, not ethics, not morality, not the rituals, but the view of Śrāvakayāna, Mahāyāna. And not only the view, actually more importantly, how the view is established.”

In February of 2021, Rinpoche spoke with a group of doctoral students in Buddhist studies sponsored by KF. The conversation inaugurated a lecture series to foster intellectual exchange and a sense of community. The participants were young scholars in Buddhist Studies from eight universities around the globe: UC Berkeley, University of Arizona, Leiden University, University of Naples “L’Orientale,” University of Edinburgh, McMaster University, University of Sydney, and Northwestern University, which was also the organizer of the event. Rinpoche and the students talked about the role of academia, the importance of studying the history of how Buddhism came to the West, the impact of language in understanding the truth, establishing the view, and more. 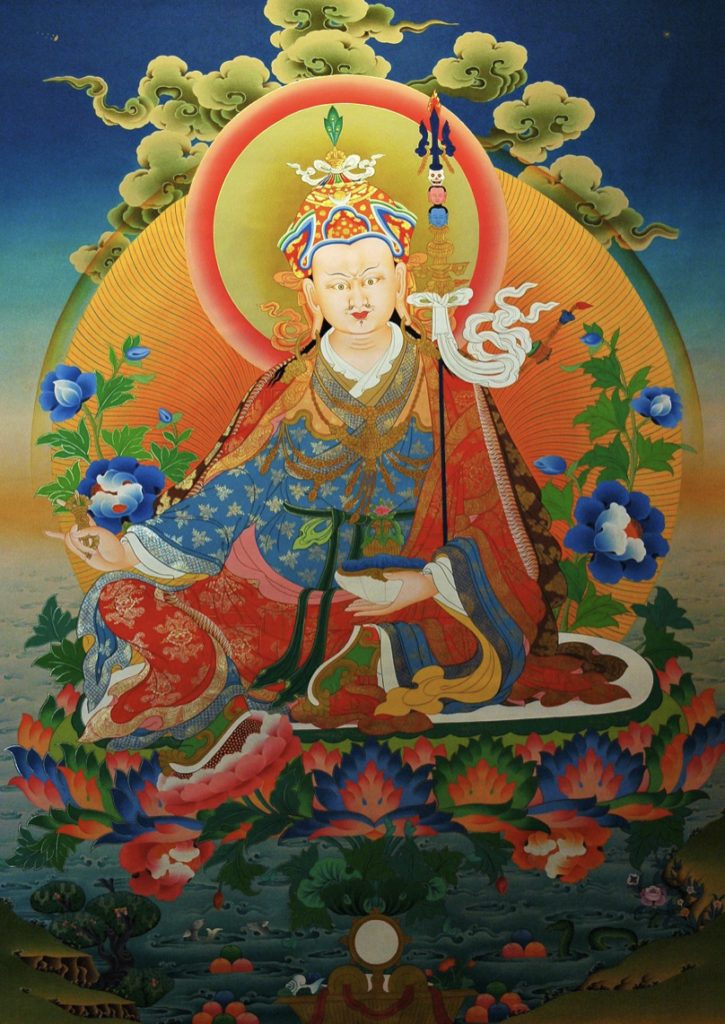 KF is pleased to announce the Trisong Grant, a new global grant program to support people and projects that promote general well-being, mental health, and natural resilience, based on Buddhist views and practices. In the spirit of King Trisong Detsen, who was instrumental in introducing Buddhism to Tibet, we hope that this new grant program will help KF reach a larger audience and offer new access to Buddha’s wisdom.

Application is now open and all are welcome. Read more. 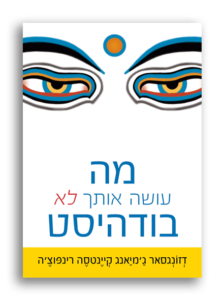 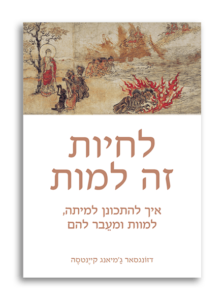 Watch for news from the KF Academic Network on our social media platforms for free lectures and other interesting events.

Two of Rinpoche’s books, Living is Dying and What Makes you not A Buddhist, are now available in Hebrew.

Watch Rinpoche’s teaching at HUJI in 2018: What makes you not a Buddhist.