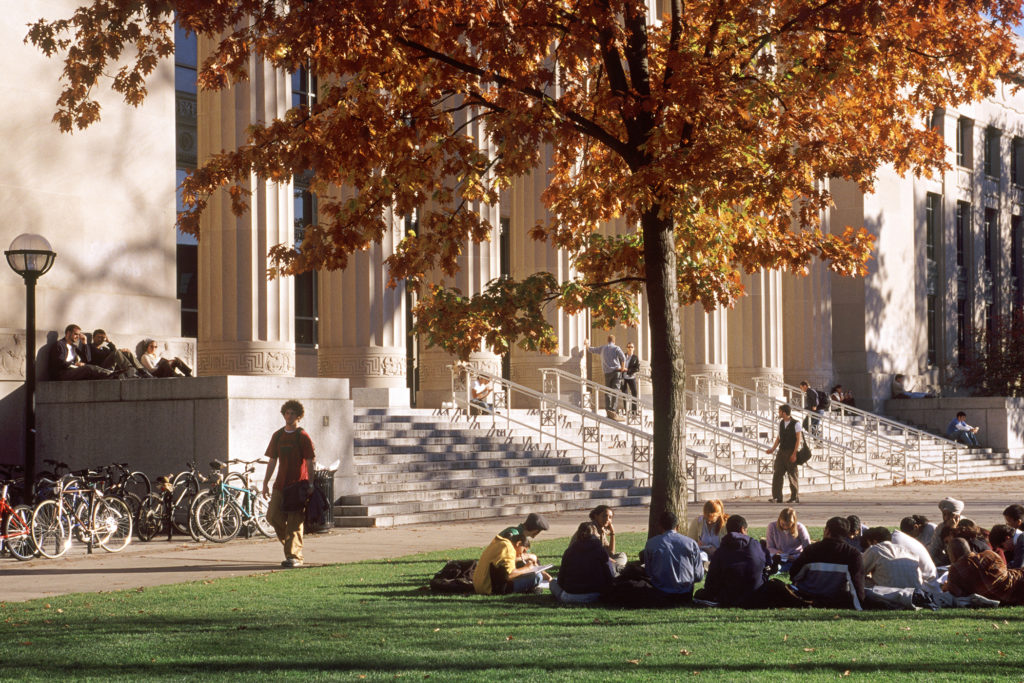 Students studying on lawn in front of Angell Hall.

The gift is largest dedicated to the study of Tibetan Buddhism in North America. The Khyentse Gendun Chopel Professorship of Tibetan Buddhist Studies will further enhance one of the largest Buddhist studies programs in North America, in large part due to the leadership of Professor Donald Lopez, chair of Asian languages and cultures and the Arthur E. Link Distinguished Professor of Buddhist and Tibetan Studies.

“Professor Lopez is unparalleled among senior figures in the fields of Buddhist and Tibetan Studies for his intellectual breadth as a scholar, his gift as an undergraduate teacher, and his near superhuman prolifacy as an author and translator,” said Andrew Quintman, Department of Religion associate professor at Wesleyan University. “He has fostered an approach that emphasizes the study of Tibetan religious traditions while working across geographic boundaries, historical periods, and disciplinary divides. The result is perhaps the most methodologically varied and intellectually diverse Buddhist Studies program in the world.”

“Michigan has a long and distinguished tradition of excellence in the field of Buddhist studies,” said Lopez. “This historic gift will allow us to expand both our undergraduate and our graduate programs in new directions. We are deeply grateful to Khyentse Foundation.”

Michigan is the second Khyentse chair in North America. The first was established at the University of California, Berkeley, in 2006.

“I’m looking forward to being part of a growing network of scholars and programs that these chairs will provide,” said Jacob Dalton, holder of the Khyentse Chair at Berkeley. “Tibetan Buddhist studies is a small field, and a sense of community is important both for moving our research forward and encouraging new students. Michigan and Berkeley’s Buddhist studies programs already form a kind of lineage. Both Professor Robert Sharf and I received our Ph.D.s from Michigan, and Berkeley’s program was in many ways built on Michigan’s earlier model, with an emphasis on the study of languages and the comparison of Buddhist traditions across cultures.”

The Khyentse Gendun Chopel Professorship will reside in the university’s Department of Asian Languages and Cultures. It is named after the radical Tibetan poet, philosopher, and painter Gendun Chopel (1903-1951), regarded by many as the leading Tibetan thinker of the twentieth century.

Huaste Huazejia, a student at the University of Michigan from Amdo, Chopel’s birthplace, said, “It would not be an exaggeration to say that Gendun Chopel’s vast body of scholarly and literary work has left an indelible mark upon a whole generation of Tibetans. Indeed, it is Professor Lopez who has introduced the large corpus of Gendun Chopel’s work to the West through several monographs and a series of translations.” Read more about Gendun Chopel in the Treasury of Lives.

In fall 2019, the University of Michigan will conduct an international search to fill the new professorship with a faculty member who will teach courses and conduct research to advance knowledge of Tibetan Buddhism. This research will be shared with students and scholars of Buddhism around the globe, enriching knowledge and understanding of an ancient religion whose teachings continue to inspire the modern world.

“The University of Michigan has long been an epicenter for the field of Buddhist Studies,” said Quintman. Dalton echoed that thought, saying, “The chair builds on Michigan’s already venerable tradition of Buddhist studies. Michigan has produced many of the professors who now teach around the country, and its program is strong and diverse, with specialists in all the major Buddhist regions. The chair will keep Tibet at the center of this important program.”