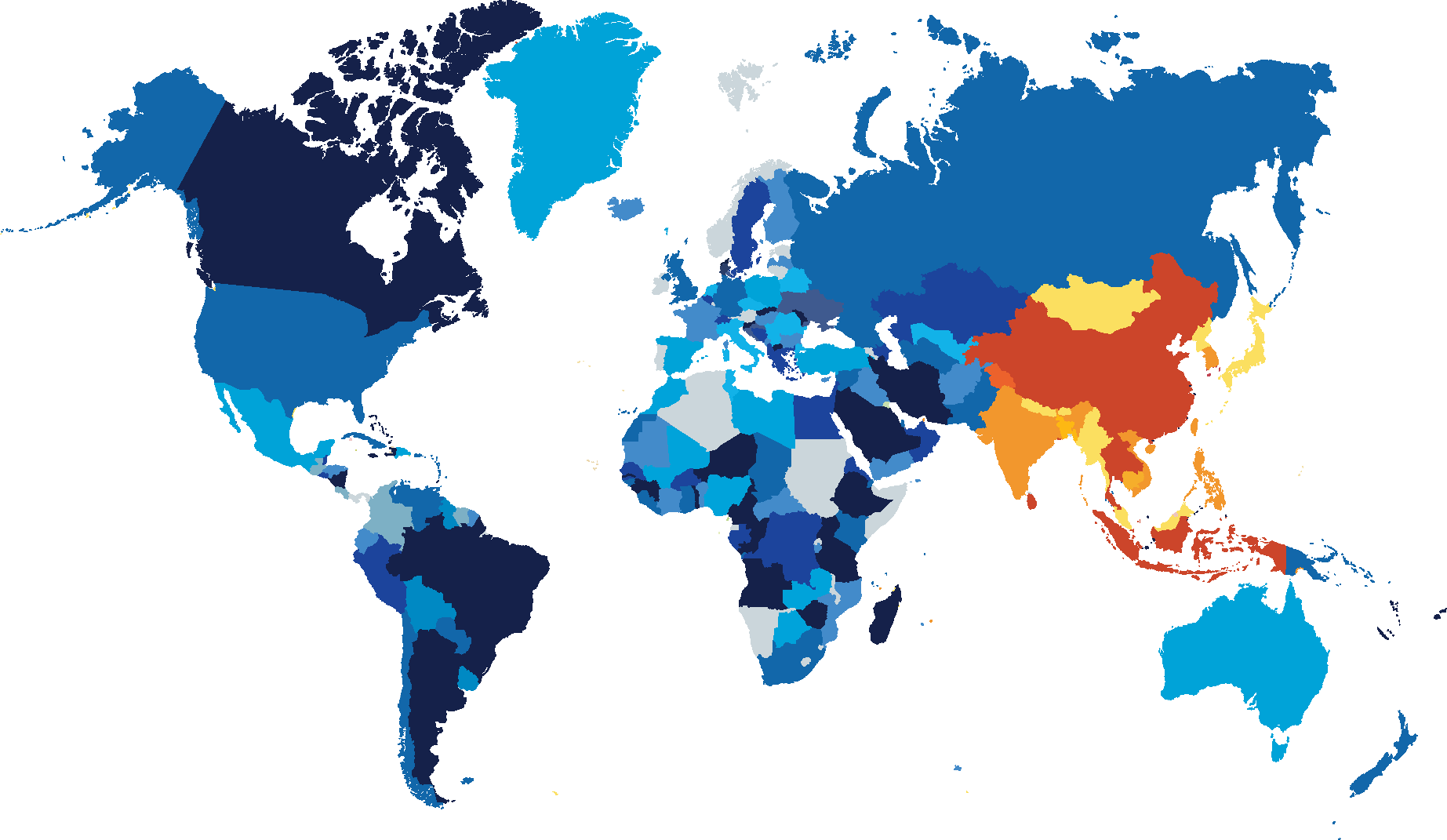 One thing that we learn from our teacher is that Buddhadharma has no boundary. From India to China, from Europe to the Americas, from the Himalayas to Machu Picchu, Buddhadharma benefits all sentient beings, and it can grow like young spring sprouts wherever it is planted. In this issue of the KF Focus, as we enter into this new decade, we share with you KF’s effort in planting seeds of dharma. 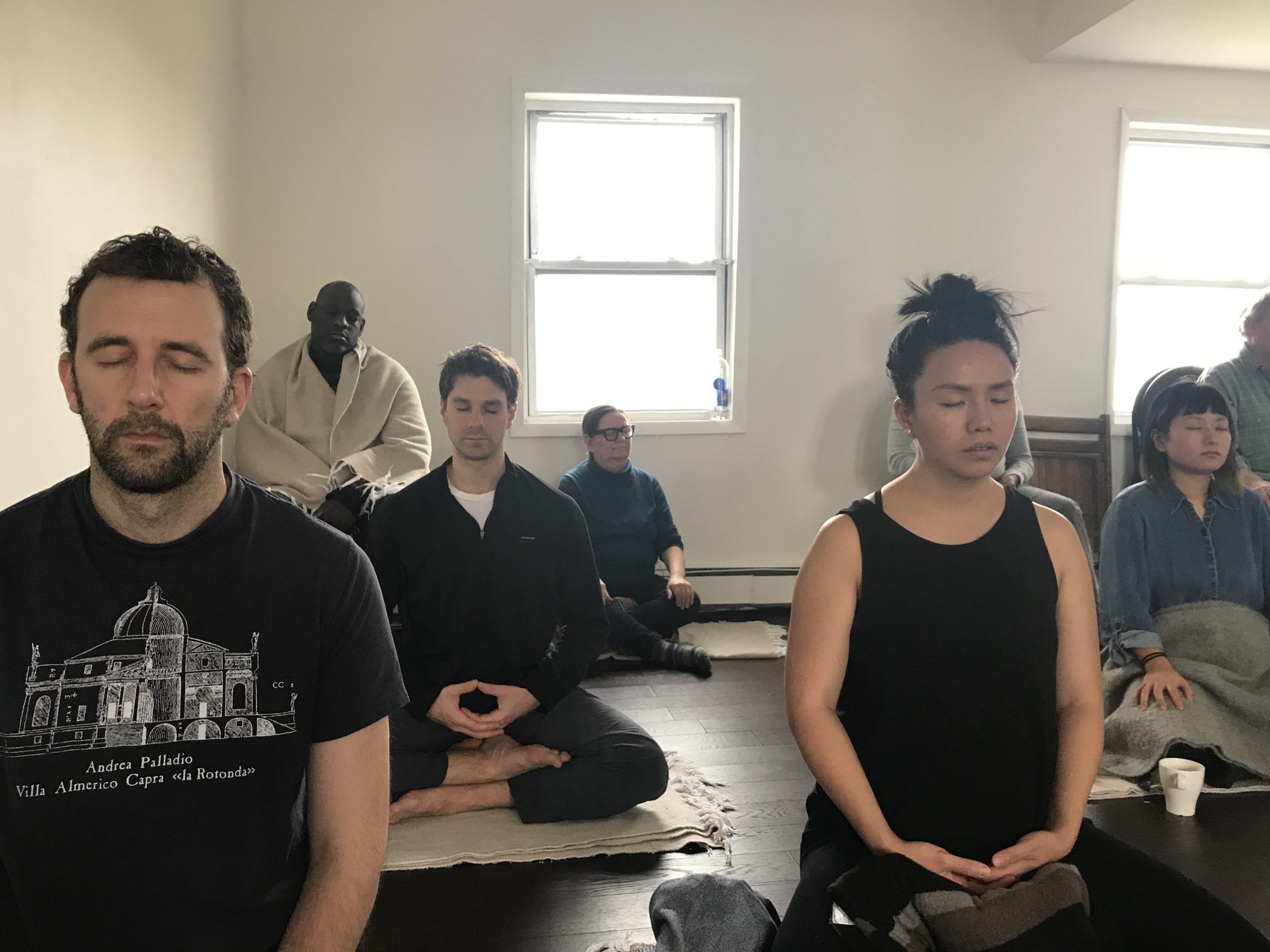 During a KF meeting in the early years, Rinpoche said that Khyentse Foundation should support Buddhist “mother” countries— countries that have a long tradition and heritage of Buddhism, such as India, China, and Thailand—and Buddhist “child” countries, where Buddhism is relatively new, which include all the countries in the so-called West. This directive became the north star that has guided the foundation’s scope of work and defined its effort to preserve and propagate the Buddhadharma.

For many years, Khyentse Foundation has been creating favorable conditions for Buddhadharma to sprout and grow in many “new” Buddhist countries, often taking small steps, one at a time, project by project.

These projects include our worldwide open scholarship program, which offers financial assistance to aspiring Buddhists and practitioners in more than 30 Buddhist “child” countries. We also support many worthy dharma projects initiated by individuals, as well as Buddhist grassroot organizations, through the Ashoka Grants program. (See Ashoka Outreach, below.) 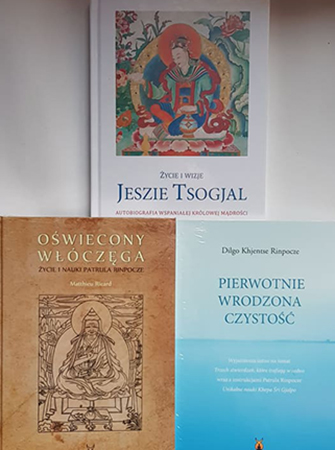 Rinpoche has said that in order for Buddhadharma to take root in new places, one important ingredient is to make the words of the Buddha and major Buddhist texts available in people’s own languages. In addition to our major canon translation initiatives (84000 and the Kumarajiva project), we continue to support translation of Buddhist texts into different languages, such as Polish, Russian, and even Arabic. Some of the works translated include Bodhicaryavatara, both the root verses and Kunzang Pelden’s commentary The Nectar of Manjushri’s Speech; Lama Zopa Rinpoche’s How to Practice Dharma; and Heart of Compassion, by HH Dilgo Khyentse Rinpoche.

It is our aspiration that with the blessings of the Buddhas and Bodhisattvas and the merit of sentient beings, our good intention and efforts to make Buddhist books available will start the journey for many interested people around the world.

Academic Development in the West

Another way in which KF supports Buddhist “child” countries is through strengthening the academic study of Buddhism so that Buddhist studies can thrive in universities as a major part of the study of philosophy. The foundation now works with more than 40 universities around the world, and most of them are in “new” Buddhist countries, such as the United States, Canada, Australia, the United Kingdom, and many places in Europe. One example is KF’s collaboration with Eötvös Loránd University (ELTE) in Hungary, where the Budapest Center for Buddhist Studies was established in 2012 with the support of the foundation. The university is now offering its first Master’s Degree in Buddhism in Hungarian and has recently established the Department of Buddhist and Tibetan Studies. 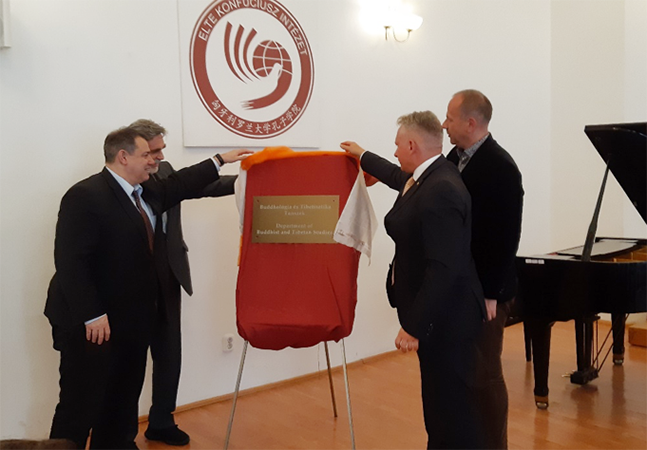 Founded in 1635 in Budapest, Hungary, Eötvös Loránd University (ELTE) is the oldest continually working university in Hungary. With 16 institutes and more than 30,000 students, it is also the largest institution of higher education in Hungary.

The ELTE Budapest Centre for Buddhist Studies was founded in 2012 and Khyentse Foundation has started to support it since 2013. The second support cycle (2016 – 2021) is currently in progress. In terms of its length and the spectrum of the fields it supports, this cycle is much larger than the previous one (2013 – 2016). With this grant, the Budapest Centre for Buddhist Studies is able to finance:

The 2018 – 2019 academic year saw further achievements at the Budapest Centre for Buddhist Studies. The first Buddhist MA program has been accepted by the Hungarian Accreditation Committee. The Master’s Degree program (in Hungarian) started in September 2019, and six students enrolled in the program. The plan is to shift from Hungarian to English after 2 years. In May 2019, the new Department of Buddhist and Tibetan Studies was established. According to Dr. Imre Hamar, an internationally recognized expert in Chinese Buddhist commentaries, Tibetology is regarded as a national discipline in Hungary. “It was Sándor Kőrösi Csoma [a Hungarian philologist and orientalist, author of the first Tibetan-English dictionary and grammar book] who first uncovered the treasures of the Tibetan culture for the Western world. His scholarly achievements have been highly recognized throughout the world up to the present day. Tibetan has been taught at ELTE since 1942, the centenary of Kőrösi Csoma’s death.”

The Budapest Centre also hosted a series Khyentse lectures and conferences last year, with topics ranging from Mongolian Buddhism to Dunhuang and cultural contacts along the Silk Road. The centre hosted visiting lecturers such as Prof. Saerji from Peking University and Dr. Stefano Zacchetti of Oxford University. 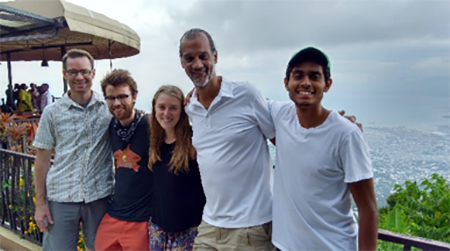 For many years, the Ashoka Grant program has been the main channel between KF and the Buddhist public in need of support. Any person or organization engaged in a project to promote Buddhist study or practice can apply for an Ashoka Grant, and the program helps us connect with an array of interesting projects. Here are some examples of projects that KF has supported through Ashoka Grants.

In Shannon’s words, “So much of what goes on in prison is unseen. I would like your sponsors to know that every meeting I have ever had in prison ends with a dedication to all the causes and conditions which arranged to allow that meeting to take place. Of course, this includes all the patrons and donors to Khyentse Foundation.”

“If the Department of Corrections was focused on the transformation of the hearts and minds of the incarcerated rather than mass incarceration, they would be so grateful for the spread of Buddhism among their locked-up population. Greater degrees of kindness, compassion, tolerance, patience, generosity, connection, and interconnection among the inmates at San Quentin are a direct result of the generosity of Khyentse Foundation’s donors and patrons.”

We continue to strengthen our efforts to train 21st-century Buddhist teachers for the West, and to develop Buddhist education for children, all aimed at providing the necessary conditions for Buddhadharma to flourish in new Buddhist countries in the future.

As an admirer of Dzongsar Khyentse Rinpoche, I have always been keen to support his activities to promote the Buddhadharma worldwide in whatever way I can. When I first heard of the KF Matching Fund Program I thought ‘What a fabulous idea! What I have to offer isn’t so much, but if someone else can match that, then maybe that would make a difference,’ so I joined up. It was inspirational to know that someone was able to double my donation, I rejoice in whoever it is.

I have been keen to continue to donate monthly despite my changing circumstances, as I have witnessed firsthand, participated in programs, and seen in the KF reports the far-reaching beneficial effects of Rinpoche’s vision and myriad activities around the world supported by KF. I have utmost faith in their tireless work and professionalism. Long may this continue, so I encourage everyone to donate, no matter how small, as every dollar makes such a huge difference. Thank you!