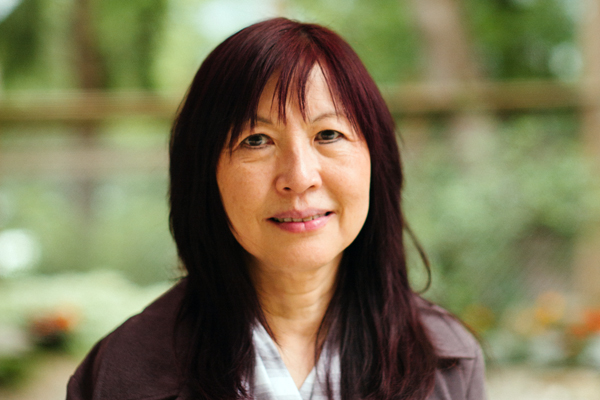 Cangioli started her career in public relations and publications with a non-profit organization in Hong Kong. In the early 1980s she started her own company, Management Resources International, one of the first, and most successful, professional organizers in Hong Kong, hosting many international conferences and exhibitions in the Asia-Pacific region. Cangioli moved to San Francisco in 1988 and became a student of Rinpoche in 1994. She served as treasurer of Siddhartha’s Intent Western Door from 1996 to 2001. She was a founding director of Khyentse Foundation, and has served as executive director since the inception of the Foundation in 2001. Cangioli graduated with honors from the University of Hong Kong with a Bachelor of Arts degree in English Literature.

The very first meetings from which Khyentse Foundation grew were hosted by Cangioli at her home in San Francisco. Since then, she has given tirelessly to the Foundation, working more than full-time hours, rarely taking a weekend off, always on a wage of exactly zero. We would not be here today if it were not for her dedication, her devotion, her excellent business sense, her diplomacy, and her hard work.

In her own words:

I am so grateful to have the opportunity to serve Rinpoche through Khyentse Foundation. I did not get to know the Dharma and Rinpoche until I had some years of work experience. I had no idea how this experience could be of any meaningful use until I started working for the Foundation.

Working for Khyentse Foundation for the last 10 years has brought meaning to my existence. I cannot think of doing anything else that would be more valuable. Although I am not able to be constantly aware that all work is practice, especially when dealing with the more mundane business aspects of the Foundation, I have the luxury of knowing that all KF activities, as Rinpoche recently mentioned, are dedicated so that they can be the cause of enlightenment for all.

I am always in tears when I read in Shantideva’s Bodhicharyavatara:
Now my life has given fruit
This human state has now been well assumed…