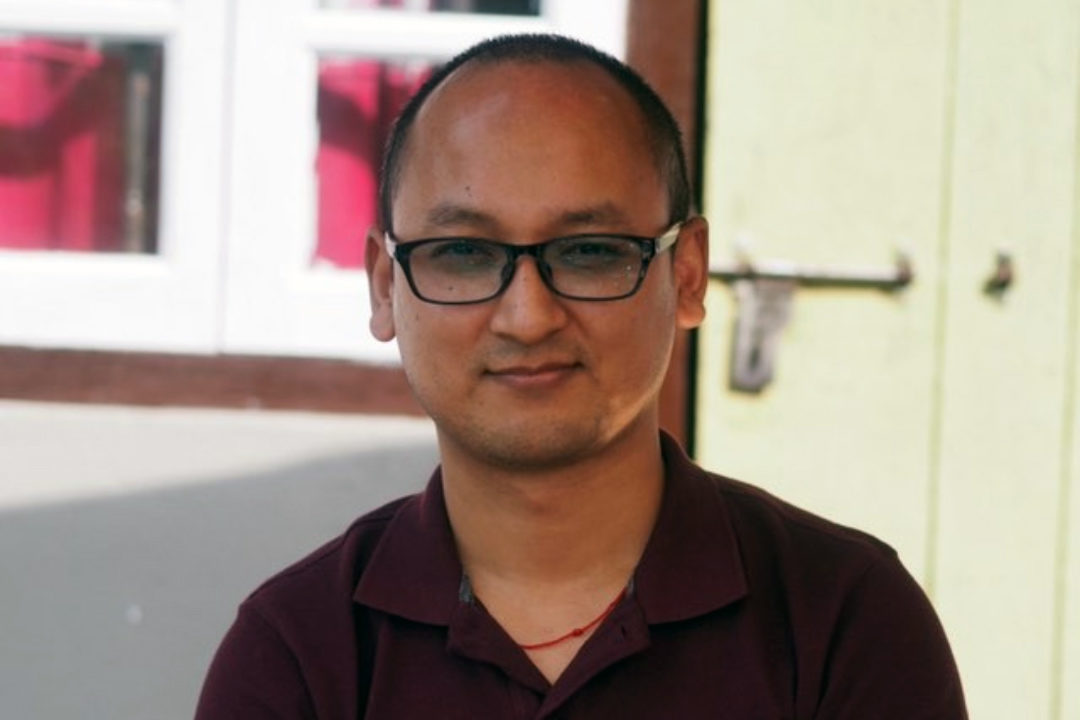 Drubgyud Tenzin Rinpoche is the abbot of more than 150 monks at Dzongsar Khyentse Rinpoche’s monastery, Chökyi Gyatso Institute, in eastern Bhutan. He is also known as Meme Lama, which means grandfather in Bhutanese language because he was recognized by Dilgo Khyentse Rinpoche as the incarnation of Lama Sonam Zangpo, who was a great yogi from Bhutan and also happened to be Dzongsar Khyentse Rinpoche’s grandfather. Rinpoche trained at some of the Himalayan region’s best institutes and studied Sanskrit in Varanasi. He is married and a new father.