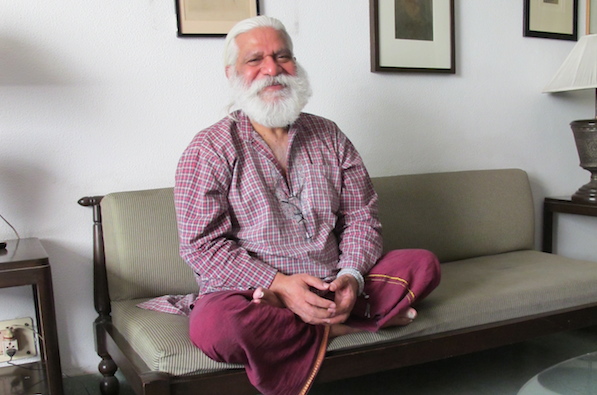 Suresh has a bachelor of science degree in electrical engineering from UCLA and spent four years in the aerospace and electronics industry in California as an engineer. He is a member of the National Honorary Mathematics Society of America and was previously a member of the Academic Council of the Film & Television Institute of India. He is also the former vice president of the Indian Motion Picture Producers Association. He has written many articles on cinema and Buddhism. He has been awarded the Chevalier de l’Ordre des Arts et des Lettres by the French government.

Suresh came in contact with the Dharma in 1999 when he attended a teaching by H.H. Dalai Lama at Dharamsala. Realizing that the study of Buddhism requires the discipline of the three trainings – of hearing the teachings, which includes reading; of reflection, which includes debate; and of meditating, by which the practitioner tries to get a direct experience of the core doctrines of the teachings – he decided to take a few years off from his ambitions and career to apply himself full time to the study of the Dharma. In 2004 he also became a student of Dzongsar Khyentse Rinpoche. Suresh is an advisor to board of directors of Khyentse Foundation and Khyentse Foundation India.