The Challenge of Receiving

One of our grant recipients sent us this interesting letter about being on the receiving side of generosity. 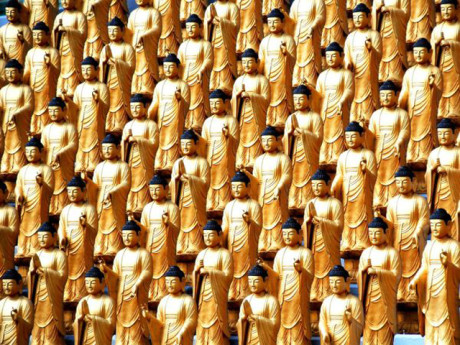 Over the years, I’ve had the great good fortune to be the recipient of Khyentse Foundation’s generosity in the form of several scholarships for long-term retreat. These scholarships actually made the difference between being able to go into retreat or not, so I am enormously grateful. Generosity is such a deep and interesting topic. On the path, we are often encouraged to extend our generosity in so many ways, through service, time, financially, through wisdom if we help others in a teaching capacity, and so on. Although it is often challenging and provocative to extend ourselves in a generous fashion, most of us would probably agree that generosity is its own best reward. Conversely, being on the receiving end of generosity may seem to be relatively easy, since we’re getting something. No-brainer right? —obviously, the recipient is benefited. But receiving has its own challenges.

I’ve often found myself on both sides of this equation, and I can honestly say that for me, it’s much more comfortable to be on the giving side than receiving. Whether it’s the pride of independence and self-sufficiency or the discomfort of owing others, or any number of other reasons, the fact remains: It can be very difficult to accept others’ generosity. And this is even more the case when one finds oneself in circumstances or has chosen a lifestyle that requires financial assistance from others. Regularly. Ouch. But in my experience, there is a great interdependence at work in the giver/receiver interplay. Its never a static thing, with oneself continuously in one role but not the other.

I’ve always prided myself on being an extremely independent person, self-sufficient and not relying on others to the extreme. And yet now, as a full-time retreatant with no savings, I am utterly dependent on others’ generosity. Over time, I have learned more about the link between sponsor and retreatant, how each is equally benefited in the long run, and that has helped ease the discomfort. But more than anything else, one thing has become painfully clear: There is a lot of “me” in certain types of so-called independence, and I’ve had that in spades.

Of course, the teachings encourage us to become free of sticky or unhealthy kinds of dependency, to become truly independent. But this is perhaps a deeper kind of independence than the one I prided myself on. Such genuine independence, from any kind of belief that things are real, seems markedly different from the “I don’t need anything from anybody and I can go it alone” kind of independence.

Some years ago, my teacher was chiding me about this “independency habit,” as he called it. He said, “You have to learn how to be more comfortable accepting generosity from others; that itself is a kind of generosity.” I’ve contemplated that for a long time. I don’t think he was encouraging any kind of a freeloader mentality, nor encouraging one to feel entitled. He was pointing out a well-camouflaged ego trait and turning it on its head by suggesting something that ordinarily would be seen as a weakness—accepting help. I’m still working on it.