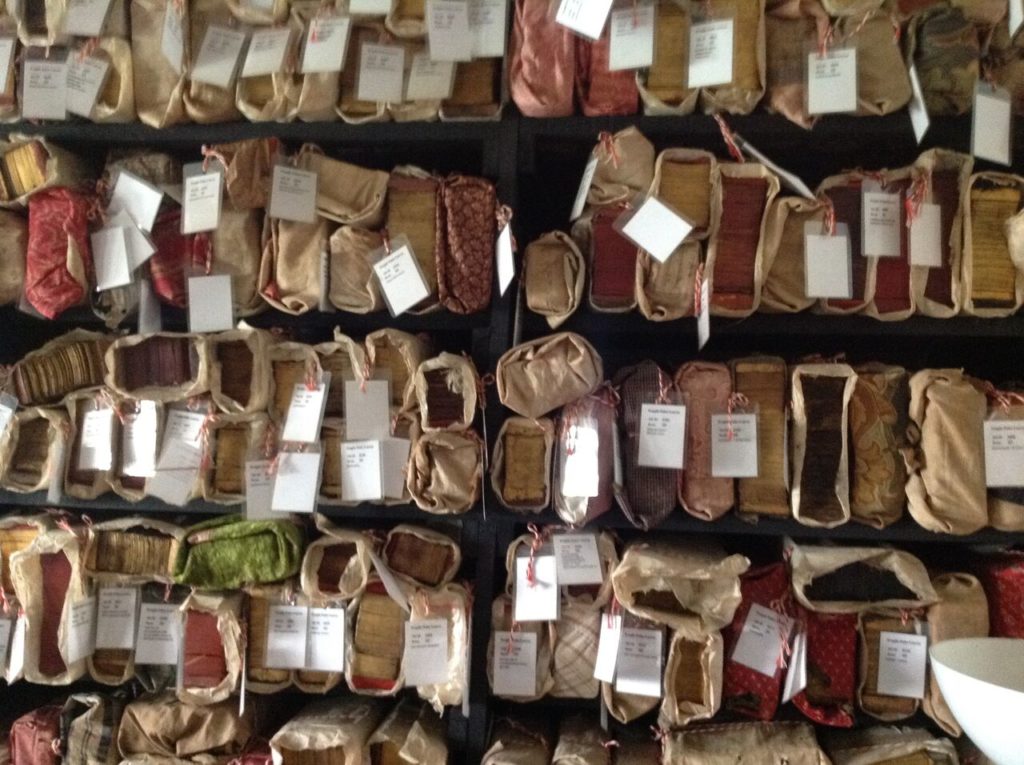 2011 was a productive year for the Fragile Palm Leaves Foundation (FPL), in spite of the floods in Thailand that severely curtailed the foundation’s activities.

FPL is a nonsectarian organization that supports the preservation and study of the Buddhist literature of Southeast Asia. FPL aims to preserve Buddhist manuscripts and make them available through replication. Founder and curator Peter Skilling reports that, with the help of a grant from Khyentse Foundation, three volumes of the series Material for the Study of the Tripitaka were published last year. The eight titles of this series that have appeared to date are original studies of Pali and other texts that have never been published before.

FPL continues to face many logistical challenges at it plans to catalog and digitize the works in its collection and in the libraries of selected temples and monasteries. As the organization’s name suggests, many of the original manuscripts were written on both sides of dried palm leaves (although paper and other materials were used as well) and stored in stacks or bundles. Although most are in Pali, these collections also include texts in Burmese, Mon, Shan, Khun, Lue, and Thai. 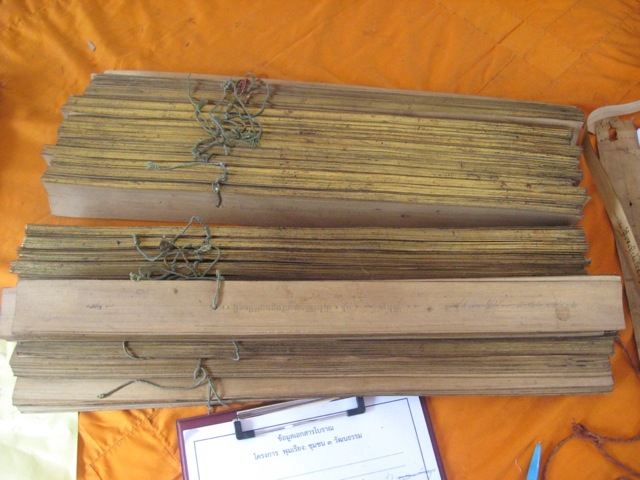 In addition to thousands of palm leaves, the materials to be preserved and ultimately replicated include manuscript covers, woven ribbons (called sarsekyo, made of silk, cotton, or felt), paper books, and ornate manuscript chests, many of which are decorated with illustrations of the Jātakas (the lives of the Buddha). Most of these materials are indeed very fragile and range in condition from good to critical. Any handling of these ancient pages and their housings runs the risk of causing damage.

Digitization of Burmese-script palm-leaf manuscripts in the Pali and Burmese languages is being undertaken by the Lumbini International Research Institute (LIRI: Lumbini, Nepal). Given that a single manuscript may contain up to 500 leaves, the process of capturing high-resolution images is slow. LIRI will also publish a catalogue of 1000 selected manuscripts by Peter Nyunt.

In the meantime, scholars and students continue to visit FPL’s Manuscript House to do research and to work on the equally important task of entering cataloging data and developing the database. “The financial and moral support from Khyentse Foundation is an enormous help to us in achieving our goals,” says Professor Skilling, who is also an advisor to KF. “We are very grateful.”

FPL also has several field projects such as digitizing stone inscriptions from monasteries in the provinces. These are precious records of the history of Buddhism in the region. Recently Peter Skilling and his colleague Santi Pakdeekham have worked on manuscripts and inscriptions in Chaiya District, Surat Thani Province, South Thailand. According to some, Chaiya (from Sanskrit Jaya) is one of the ancient sites of Shrivijaya, where Atisha studied before travelling to Tibet. (Others propose that it is in Sumatra; the question is not decided). Chaiya, rich in antiquities, has also suffered from sever floods over the last few years.

KF grants aid the day-to-day operation of FPL by providing funding for staff salaries, health insurance, medical costs, utilities, and food for staff, catalogers, and visitors. In addition to supporting 84000: Translating the Words of the Buddha and the Tibetan Buddhist Resource Center, KF’s support for the Fragile Palm Leaves Foundation is an important part of our commitment to ensuring the preservation and accessibility of the literary heritage of all Buddhist traditions for centuries to come.

Visitors can now access the FPL data bank online which contains a large number of Pali-language and Burmese-language books as well as a list of FPL publications.

In addition to his work as founder and curator of FPL, and his position as an advisor to Khyentse Foundation, Professor Skilling is an author and lecturer. His new book, How Theravada Is Theravada?: Exploring Buddhist Identities, with coauthors Jason A. Carbine, Claudio Cicuzza, and Santi Pakdeeham, is available at Amazon.com.

Professor Skilling recently visited Prague to attend a conference in memory of his father, Professor H. G. Skilling, who dedicated his career as scholar to the study of Czech and Slovak political science and history, and as an activist to human rights and democracy in the then Czechoslovakia and Soviet bloc.