Remarks from Dzongsar Khyentse Rinpoche on University of Michigan Chair 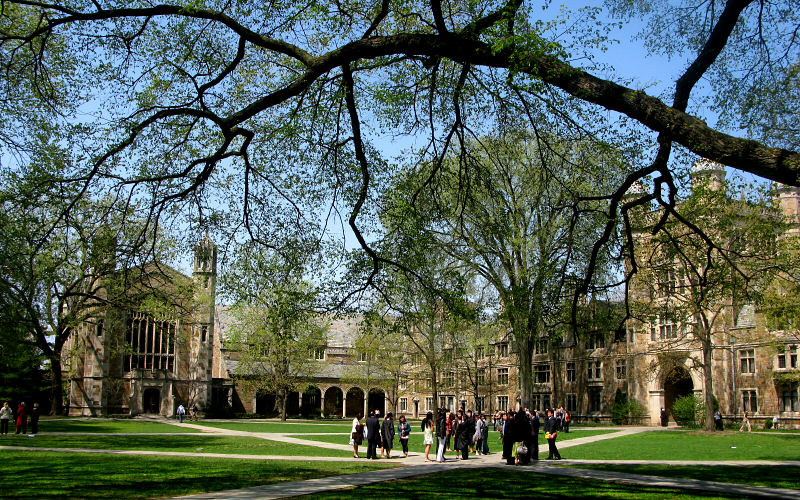 In November 2016, Rinpoche made a rare visit to North America to visit Ann Arbor, Michigan, as part of the Khyentse Visitorship. The Visitor Program was set up by a group of Rinpoche’s students, to bring the best of the Oral Tradition teachers and practitioners to the best of the modern academia. To date, six Buddhist practitioners, from a variety of traditions and both genders, have been a part of the program. During the 2018-2019 academic year, the Khyentse Visitor Program will host its first teachers from the Korean Buddhist tradition.

While participating in the Khyentse Visitorship, Rinpoche taught classes, held discussions with professors, and found time to check out the film department during his visit.

One of the results of that ground-breaking visit is what we are proud to announce today: KF’s second, and largest to date, academic chair, the Khyentse Gendun Chopel Professorship of Tibetan Buddhist Studies at the University of Michigan, one of the preeminent Buddhist programs in North America, led by Professor Donald Lopez. Please read on for Rinpoche’s reflections:

My colleagues at Khyentse Foundation and I are delighted to inform you that we have established a new Chair of Buddhist Studies at the University of Michigan.

As citizens of a world that is ever shifting, changing, and even precarious, we must all seek and contemplate sources of strength and sanity. For centuries, Buddhist study and practice have proved to bring stability and harmony to both individuals and society. So in this day and age, it is more crucial than ever that such wisdom be preserved and kept alive in important institutions of learning like the University of Michigan.

While it is important for all human beings to bring reason to every avenue of their lives—social, political, and spiritual—academics particularly treasure, cherish, and nurture the critical, rational, and analytical faculties. In that regard, Buddhist studies have such sophisticated tools for sharpening our critical thinking that they even lead us to critique the critical mind itself.

In this world and era of short attention spans, where we are so influenced by headlines, images, and sound bites and swayed by emotion, it is ever more important to support and cultivate genuine traditions of critical thinking.

That is also of paramount importance for followers of Shakyamuni Buddha who cherish his teachings. The traditional approach to the Buddhist path recognizes that a complete understanding and appreciation of the teachings cannot happen through academic and intellectual study alone, but requires that the teachings are practiced and brought into our lives. Prior to such practice, however, it has always been emphasized that hearing and contemplating the teachings is of the utmost importance.

In short, study and critical analysis of the Buddhist teachings are as necessary for dedicated practitioners as they are valuable for scholars, leaders, and ordinary people the world over.

Finally I want to express my deep satisfaction that the new chair will bear the name of the great Tibetan scholar Gendun Chopel, who symbolizes some of the most advanced avant-garde thinking in the Tibetan Buddhist scholastic tradition. Gendun Chopel is one eminent sage Tibetans simply cannot afford to forget, and I am so happy he will be remembered here.

For all these reasons, therefore, my colleagues and I are particularly happy to see the new chair of Buddhist studies formally established at the University of Michigan. May it bring great benefit to students, to the university, and to the world at large.

Read more about the new chair.