We need to train Tibetan lamas. And then we also need to train western teachers, who actually know how to get a message across. But probably most of all, they need to have the concern (that Buddhadharma may fade or diminish). They need to really teach, not for fame or glory or possessions, they need to care for dharma. That kind of training. 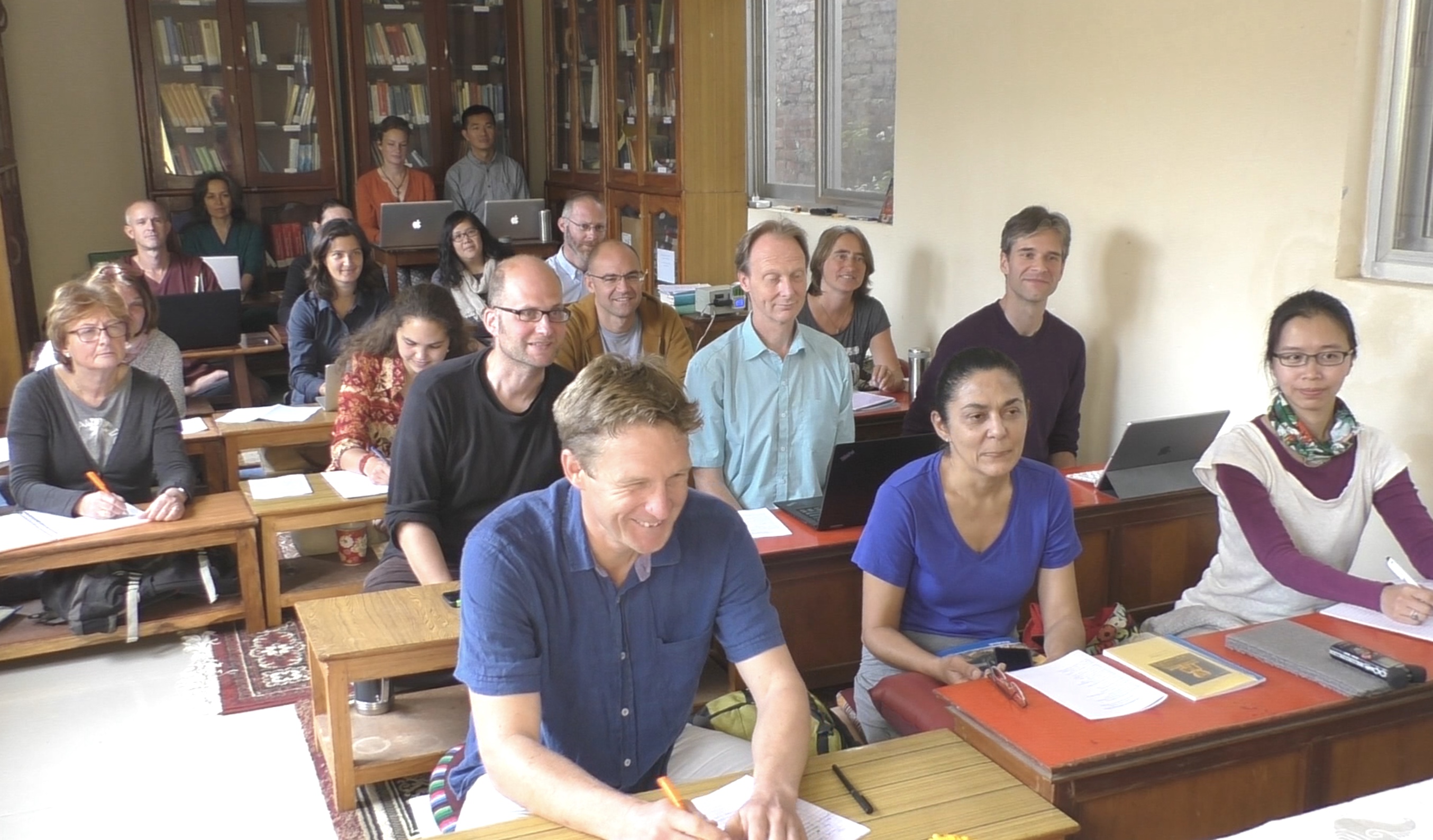 Buddhism today is in a fragile position. In Asia, dharma teachers traditionally undergo education, training, and retreat for many years in shedras, in much the same way that students in the West pursue advanced degrees and conduct extensive research. Today, the economic and social pressures of the modern world threaten to erode this system. Dzongsar Khyentse Rinpoche fears that if this trend continues, in the not so distant future, very few dharma teachers will attain the complete education, experience, and realization of their predecessors. This makes it crucial for Westerners to be well trained, so that they are able to hold and teach the dharma authentically, with less reliance on Asian teachers.

Furthermore, in the West there is a general lack of clarity about the criteria that determine whether or not dharma teaching and teachers are authentic. This is due to the fact that Asian Buddhist traditions that were historically and geographically separate—for example, Theravadin and Mahayana Buddhism—are taught and practiced side by side in western countries. In their attempt to adapt to modern conditions, many Westerners now teach Buddhism outside of the recognized traditions, or without direct reference to the Asian teachers of those traditions. In addition, the buddhadharma is taught not only in Buddhist centers but also in universities, which have quite different standards and approaches.

All of these factors raise urgent questions about the future of Buddhism. What will happen to Buddhism when the current generation of masters passes away? How can we keep the lineage pure and identify qualified people with pure motivation to become the teachers of the future? The Milinda Program is one answer to this challenge. The vision of the Milinda Program is to ensure that the dharma that is taught in the future is, at the very least, authentic and that it continues to have the power to free the minds and hearts of those who listen and follow. This program aims to create a core training curriculum for dharma teachers, and to set a common standard in the Buddhist world and in the eyes of non-Buddhist institutions.

About 30 aspiring western instructors from four sanghas have committed to gathering for 3 months every year for in-person training, and to spend the rest of the year studying individually with online support.

“The Questions of King Milinda”

The First Dialog Between Eastern and Western Thought

Rinpoche named the program after the Bactrian Greek King Milinda (Menander I; circa 165-130 BC), who ruled over a region encompassing parts of modern India, Pakistan, and Afghanistan. King Milinda is known as a philosopher as well as a general. In a dialog with the Buddhist monk Nagasena, the king asked about complex points in the Buddhist teachings. Their discussion is recorded in the Pali text called “The Questions of King Milinda,” which is the first historical evidence of dialog between eastern and western thought. In a similar way, today’s Milinda Program aims to bridge Buddhist thought and modern (western) ways of thinking, as well as traditional and contemporary teaching methods.

The group first assembled for 3 months in early 2017 in Pharping, Nepal, where they received condensed teachings on four Madhyamaka texts, each taught by a different khenpo or geshe representing one of the four Tibetan schools. The second gathering was held at Deer Park Institute, Bir, in northern India, where the study focused on logic and epistemology. In the third year, the group traveled to Chagdud Gompa in Brazil, to concentrate on abhidharma. The group is looking forward to its fourth gathering in Taiwan early in 2020.

The Milinda Program perspective on study is experimental and innovative, replacing the traditional shedra method of going through a text line by line in great detail and instead using a more contemporary approach to scholarship, emphasizing self-study, interactive discussion, and writing papers. The Milinda Program is especially crucial because it enables buddhadharma to be carried to other continents and be taught in other languages and in some very different cultural settings.

I am very impressed by the passion and enthusiasm of the participants who are themselves not only learned instructors but also dharma practitioners. This intensive training in Buddhist philosophy as well as learning to teach in the way traditional Indian and Tibetan masters teach is very helpful in giving these western instructors more confidence and credibility when they go out and teach in the future. This kind of 3-month training is probably equal to years of study at a traditional shedra. I think the program should expand to include more Asian instructors.

The Milinda Project from Khyentse Foundation on Vimeo.

Hanna Ebinger (Germany): “I have a license to teach in public schools in Berlin and I can now teach Buddhism and influence kids and future generations. Although it can be quite challenging to leave one’s life for 3 months to come to the Milinda training, but I am happy to be here.”

Dominique Side (France): “The Milinda Program is not to train us to become khenpos, but we all benefit from this academic study. Everything is innovative and experimental here, but we wish to develop a format that can benefit more dharma teachers.”

Min-Hsin Lu (Taiwan): “I feel a lot of personal responsibility as a dharma instructor. I think it will work because of the aspiration.”

Jan Van Der Breggen (Netherlands): “It is said that to build confidence through study; to build doubts through study. Through this cross-sangha collaboration, we learn from each other.”

Arne Schelling (Germany): “One must have the right motivation to teach.”

KF’s Teacher Training Projects
The Milinda Program is one of many projects supported by Khyentse Foundation that aim to train 21st-century Buddhist teachers and find methods to adapt the way Buddhism is being taught in the modern world. Some of these projects are designed to introduce qualified khenpos to contemporary educational methods, to improve their English, and to help them understand the western mindset. We also have programs like Milinda that promote deep reflection on the ways that the dharma might take shape in the West over the next century. Milinda group with Do Tulku Rinpoche and Khenpos (from the EBS program) at Deer Park Institute, Bir, India

May I be born again and again, and in all my lives
May I carry the weight of Buddha Shakyamuni’s teachings.
And if I cannot bear that weight, at the very least,
May I be born with the burden thinking that Buddhadharma may wane.