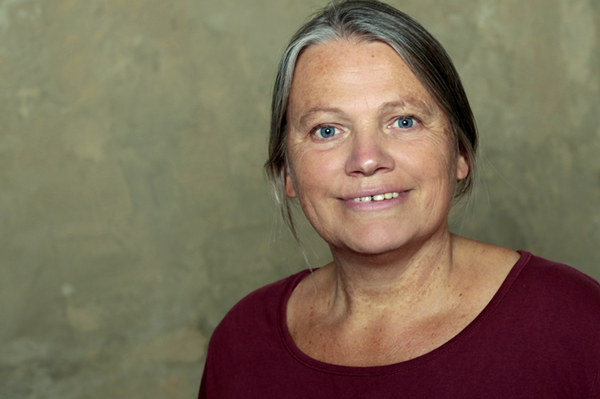 Doris Wolter studied German literature and comparative religion at Freie Universitat Berlin and fine arts at Hochschule der Künste Berlin. Her first Buddhist teacher was Sogyal Rinpoche, and after graduating in 1983, she worked as national director of Rigpa Germany for 16 years. Her son, Jasper, was born in 1984. Doris served on the board of the German Buddhist Union from 1993 to 2001. In 1992 she coordinated a European Buddhist Union conference—”Unity in Diversity”—in Berlin, and in 1996 she initiated and organized “Dying, Death and Living,” a conference on spiritual care for the dying under the patronage of H.H. the Dalai Lama and Dame Cicely Saunders.

Since 2004 she has coordinated and overseen the development of the study programme “Knowing – Understanding – Experiencing: Buddhist Wisdom in the Diversity of Traditions,” for the German Buddhist Union, inviting speakers from all main Buddhist traditions in the spirit of inter-Buddhist dialog. She also coordinates a website that offers authentic materials on Buddhism for teachers in German schools.

Doris has edited and written for a number of Buddhist publications, and she founded and served as chief editor of the Buddhist magazine Rigpa Rundbrief from 1988 until 2001. Her first book “Losing the Clouds, Gaining the Sky,” a collection of teachings by Buddhist masters, was published in 2007. Under the guidance of Dzongsar Khyentse Rinpoche, and in cooperation with Roland Walter, she founded the publishing house Manjughosha Edition, whose purpose is to translate Buddhist texts into German and print them on demand. She has been a student of Dzongsar Khyentse Rinpoche since 1990 and is the KF country representative for Germany. She also works with the KF scholarship committee.

In Her Own Words

“I am deeply touched to be a tiny little part of this thrilling, manifold enterprise. It is a real honor to contribute to the preservation of precious Buddhist teachings, making them available for generations to come through translation (even into German), and supporting people who want to study and practice them. It really shows Rinpoche´s vast vision and deep care for the future of Buddhism.”