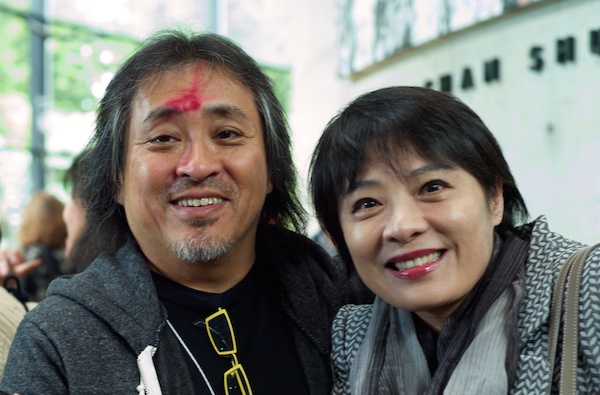 Board of Directors, Taiwan Regional Representative

Board member Kris Yao supports several Khyentse Foundation projects. He is particularly interested in maintaining academic excellence in traditional Buddhist institutes in China and India,  and in promoting Buddhist studies in western universities. Kris was instrumental in endowing the Khyentse Chair in Buddhist Studies at UC Berkeley.

Kris is one of Taiwan’s most prominent architects. Despite his busy work schedule, he is also one of Rinpoche’s most valued translators. In addition to oral translation of Rinpoche’s teachings in Taiwan, Hong Kong, and elsewhere, Kris translated Rinpoche’s book What Makes You not a Buddhist into Chinese. The Chinese edition was published in Taiwan and China and became a best seller in a few Asian countries. With a Chinese title that loosely translates to Almost Buddhist in Taiwan and Right View in China, this book introduced Rinpoche and his teachings to a broad Chinese reading audience. Many readers attribute their introduction to Rinpoche’s teachings to Kris’ translations. There is great appreciation for his translations throughout the Chinese-speaking community.

“In discussing the next five-year plan for Khyentse Foundation, I was extremely moved by Khyentse Rinpoche’s view on preserving the old while not forgetting to help the new generations around the world, which epitomizes the expansiveness of the endeavor to support the Buddhadharma. The continuation of the precious vision of the Buddha’s wisdom and compassion is central to the Foundation’s work, and I am humbled and most honored to be a tiny part of this team.”

Most recently, Kris translated into Chinese and published Rinpoche’s book What to Do at India’s Buddhist Holy Sites. With Rinpoche’s encouragement, after many years of hard work, he also completed the translation and published Patrul Rinpoche’s Words of my Perfect Teacher.

Kris is the founder and principal of ARTECH Architects, with offices in Taipei and Shanghai. Recognized for his distinctive creative flair as an architect, he  has produced many award-winning designs and has received both local and international acclaim. He began to broaden his knowledge of Tibetan Buddhism upon entering the fourth decade of his life. Since then, his studies have had a profound impact on both his life and his concept of architectural design.

“I have slowly come to realize the possibility of merging artistic creativity with spiritual practice. Actually, it is almost imperative that these two elements be combined.”