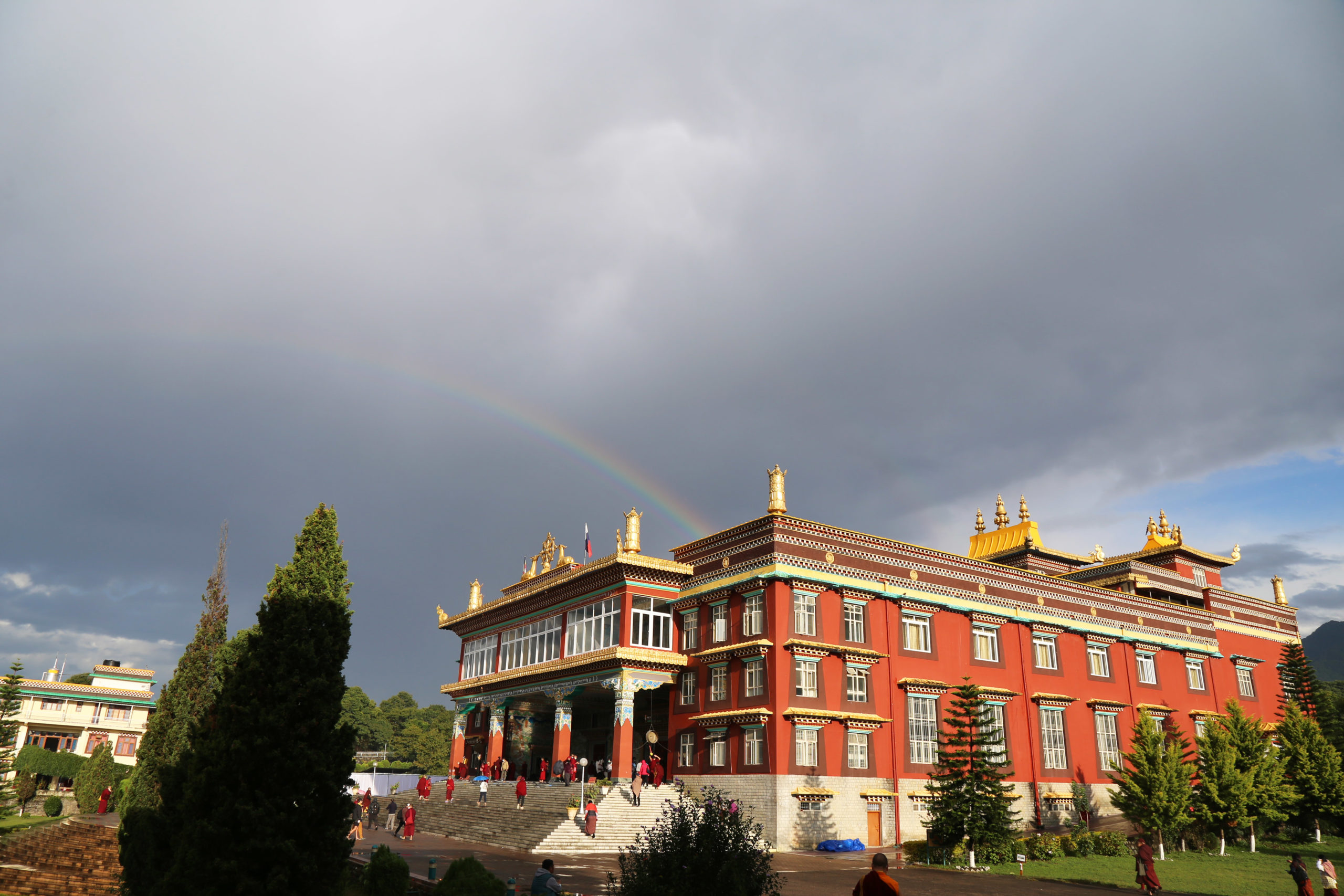 “As followers of Shakyamuni Buddha, the best thing that we can do is what we call in Tibetan dzin-kyong—to protect and uphold his teachings, to keep them alive through studying and putting them into practice.”

“I would like to see Dzongsar institutes produce future lineage holders of the dharma, not only as a culture and custom, but as [people] who actually can teach ideas such as dependent arising.”

Support for monastic institutions was the original impetus for the formation of Khyentse Foundation, and it remains the core of KF’s mission to preserve Buddhist heritage and promote the Buddha’s wisdom. The foundation has sponsored Dzongsar Khyentse Chökyi Lodrö Institute (DKCLI) in Chauntra, northern India, since the inauguration of its new campus in November 2004. Over the last 18 years, KF has provided support for food, administration, and operating costs at DKCLI.

DKCLI has its origins in Geyshing, Sikkim, where Dzongsar Khyentse Rinpoche set up a small Dzongsar Institute in 1982. The institute relocated to Bir (the present-day Deer Park Institute), near Chauntra, in 1985. Students from more than 300 monasteries and most traditions active in the Himalayan region, including India, Bhutan, and Nepal, have attended the institute at its various campuses. Over the years, it has produced 160 khenpos and 1,100 lopons. Some are now teaching the buddhadharma in traditional monasteries, and others are engaged in spreading the dharma in the West. 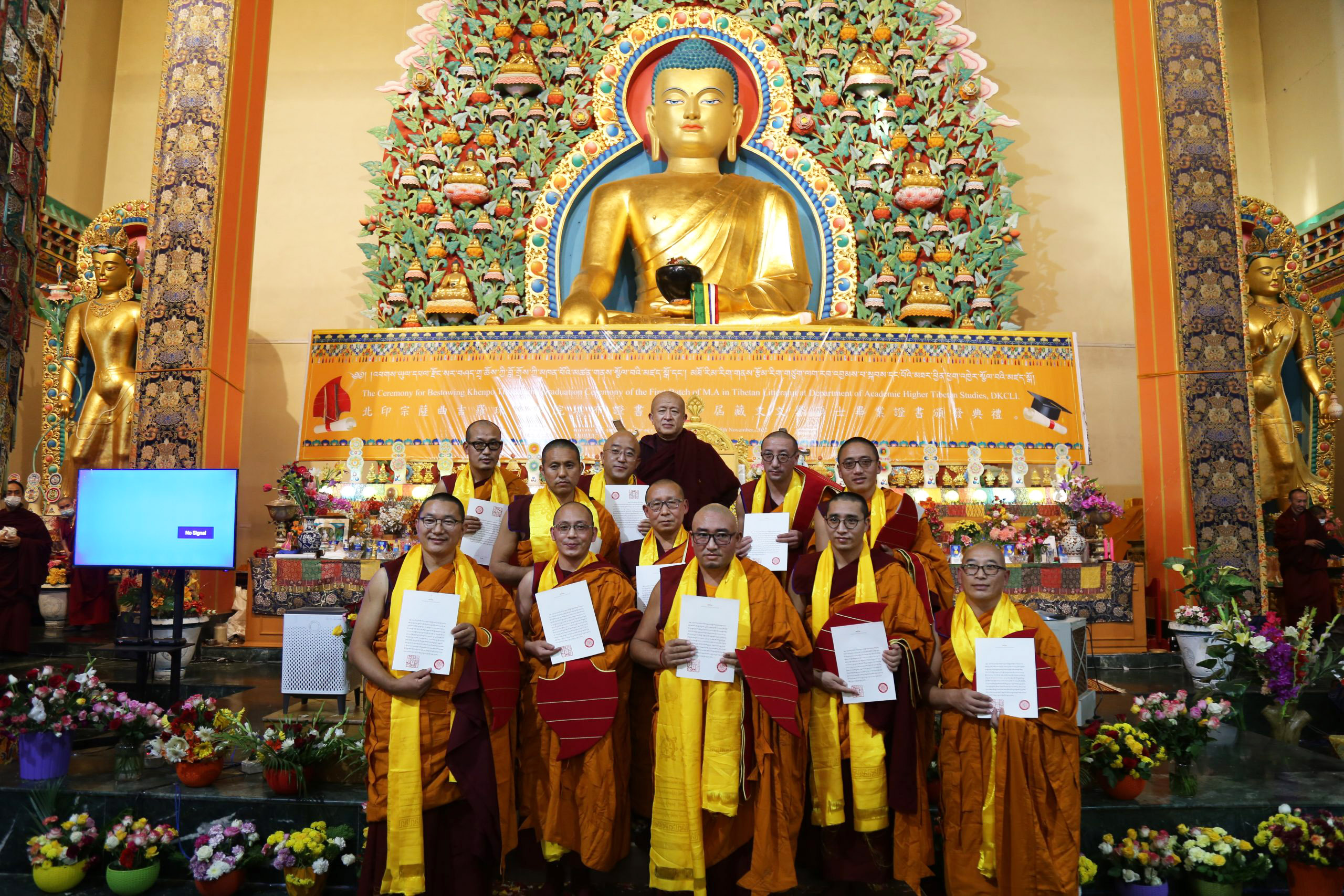 Considered a leader in higher Buddhist education, DKCLI offers an intensive 11-year study program. In accordance with Rinpoche’s wishes, the institute maintains traditional academic excellence while expanding its curricula through innovation. Students concentrate on traditional Buddhist philosophy. Each year, they undertake the study of two major texts or commentaries, together with subjects such as logic, grammar, monastic discipline, and poetry. Guest lecturers teach the monks about the global economy and Western history and philosophy. The foundation also supports language programs, computer courses, and management and leadership programs, with the objective of producing computer-literate Buddhist teacher-scholars who are fluent in English and Chinese as well as in Tibetan. Exchange programs with selected Western universities enable khenpos and lopons to become familiar with Western culture. In addition, modern bookkeeping practices at the institute ensure that all KF funds are properly managed and accounted for.

Some New Developments at DKCLI

In August 2019, DKCLI held a graduation ceremony for the first 3-year BA graduates in Higher Tibetan Studies. For the first time in its history the class included several lay students, including women. In November 2022, the first eleven MA graduates in Tibetan Literature, one of them a woman, received their certificate from Rinpoche during the auspicious Drubthab Kuntu program. 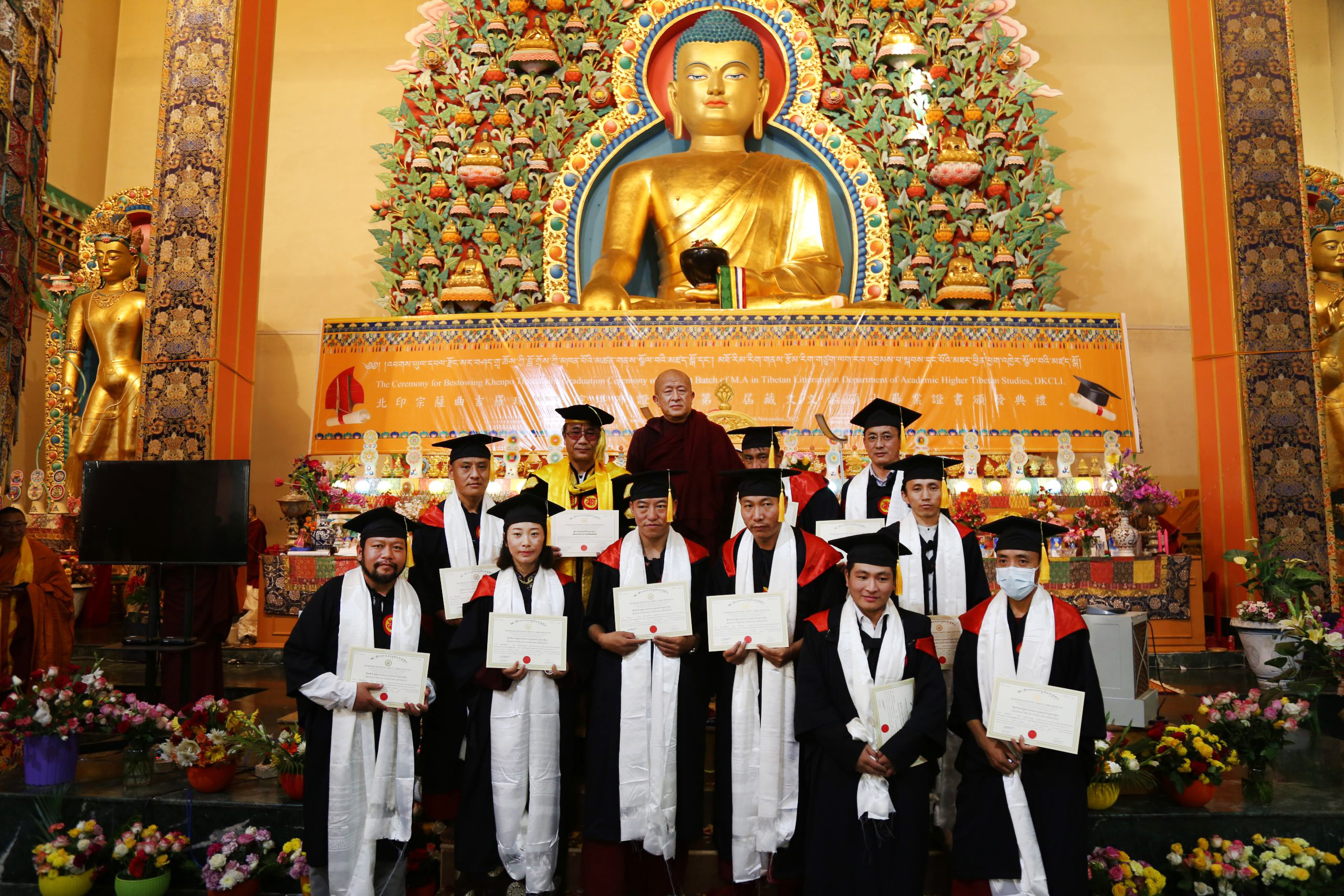 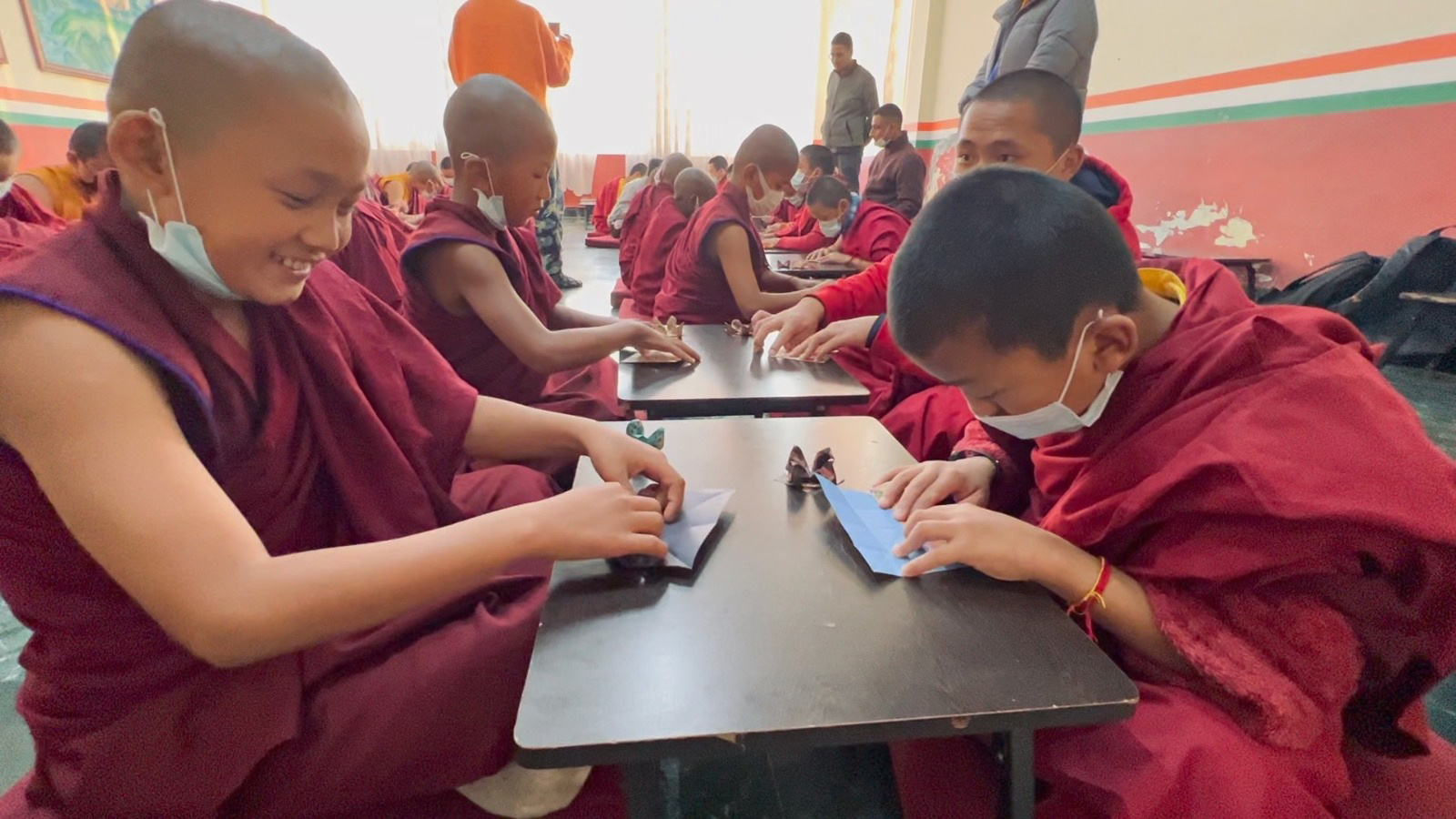 The newest addition to DKCLI is Kanishka School, a monastic school for children aged 7 to 16, which KF also supports. A 5-year Buddhist foundation school under DKCLI, Kanishka focuses on proficiency in languages such as Tibetan, English, Chinese, and Hindi and on preparing the children for higher education in the DKCLI shedra. Currently 140 young monks from India and Nepal are enrolled in the school.

The 2022 Drubthab Kuntu Empowerments and Teachings 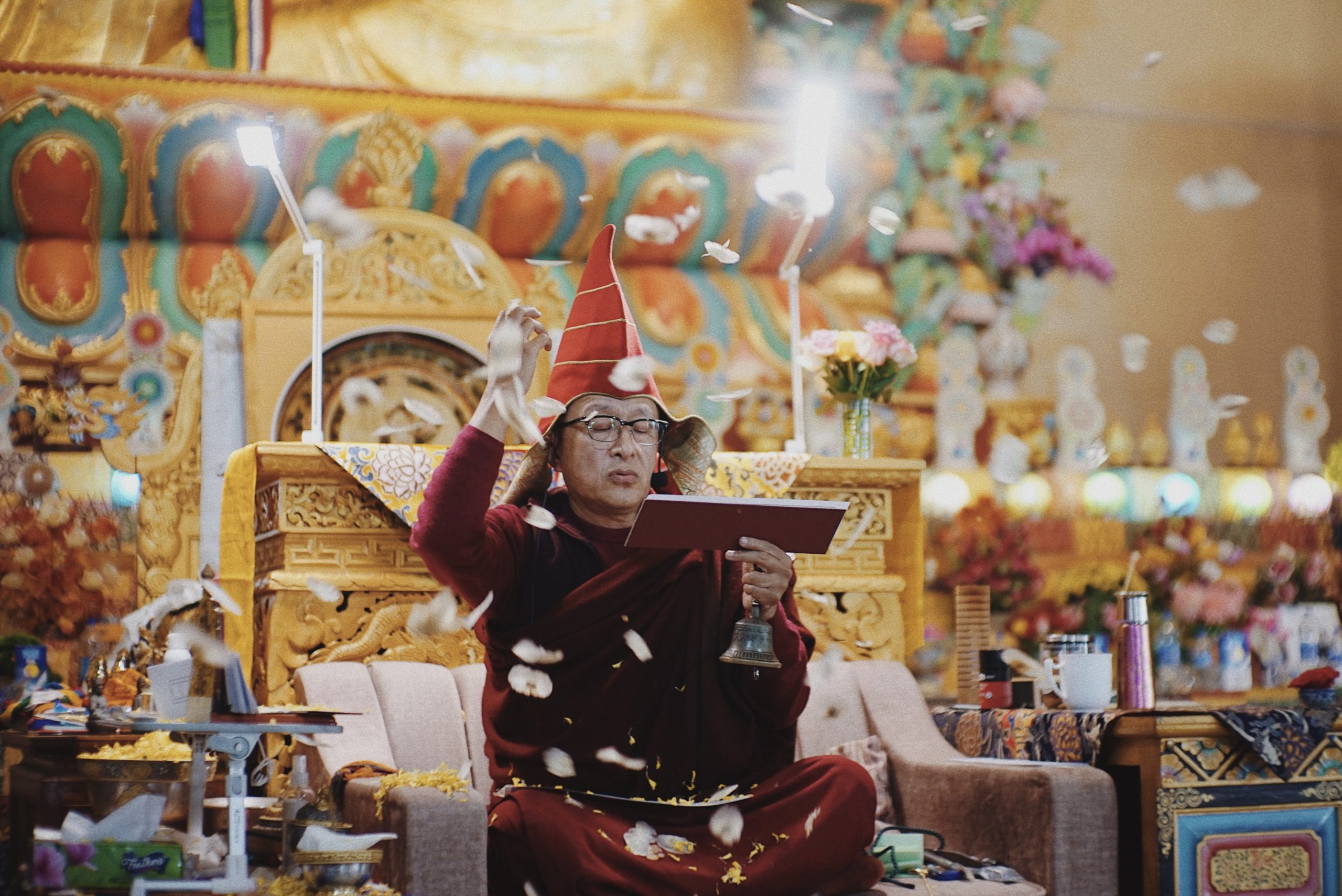 With the blessings of the Buddha, dharma, and sangha, the 2022 Drubthab Kuntu (“Collection of Sadhanas”) empowerments and teachings at DKCLI were successfully completed on November 18, 2022, culminating in an auspicious 5-day long-life puja for Dzongsar Khyentse Rinpoche. Over 3,000 people participated in these precious teachings and initiations by Rinpoche, which began on October 1, 2022. Monastics from Bhutan and Nepal, some 500 laypeople from the local area and elsewhere in India, and nearly 400 foreigners joined the monks of DKCLI to attend the event. 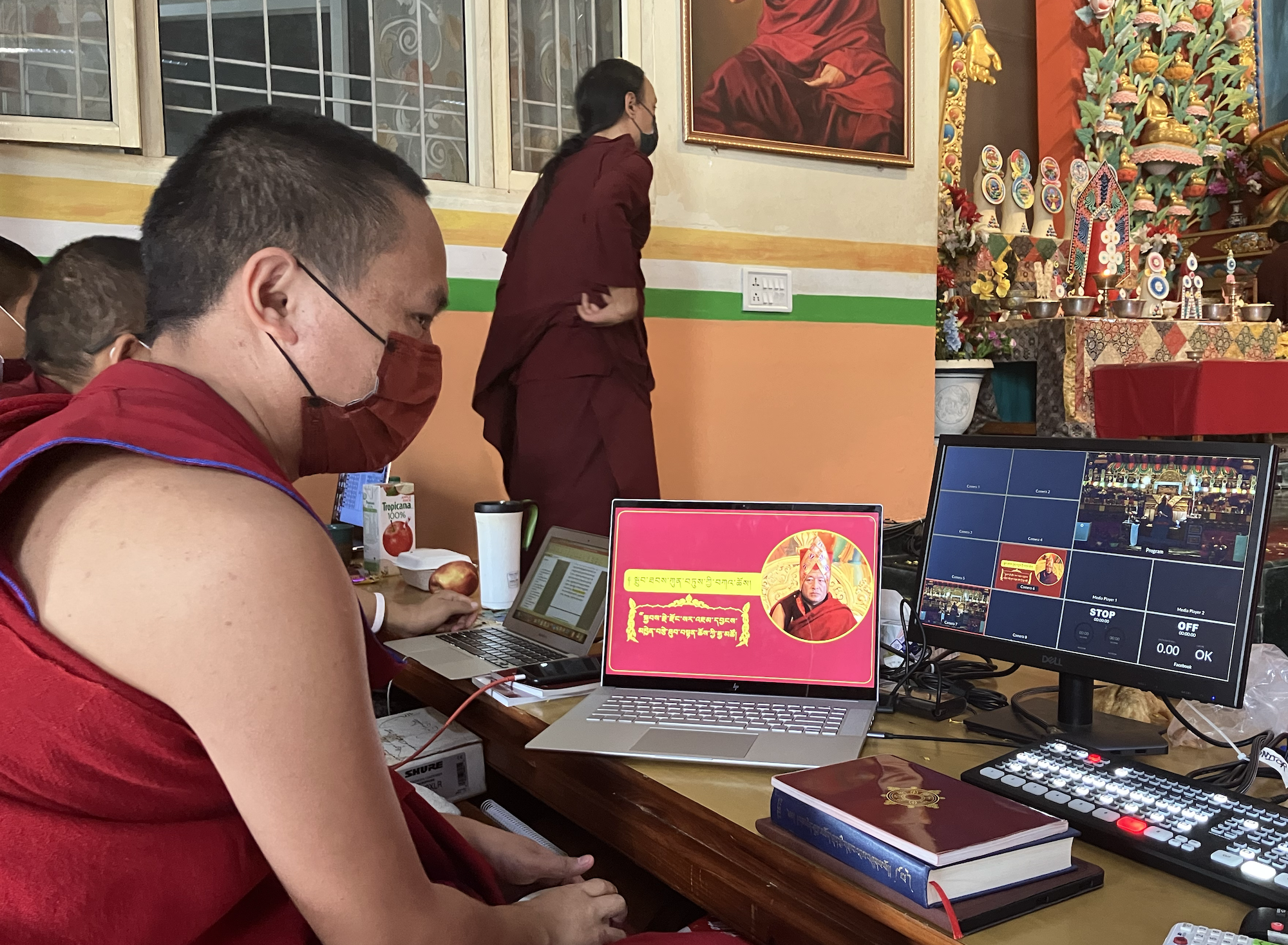 Khyentse Foundation is honored to have provided the necessary support to the shedra to make the event run smoothly, including an updated audio and video system. We also greatly appreciate the anonymous donors who sponsored all the sumptuous meals for the participants. 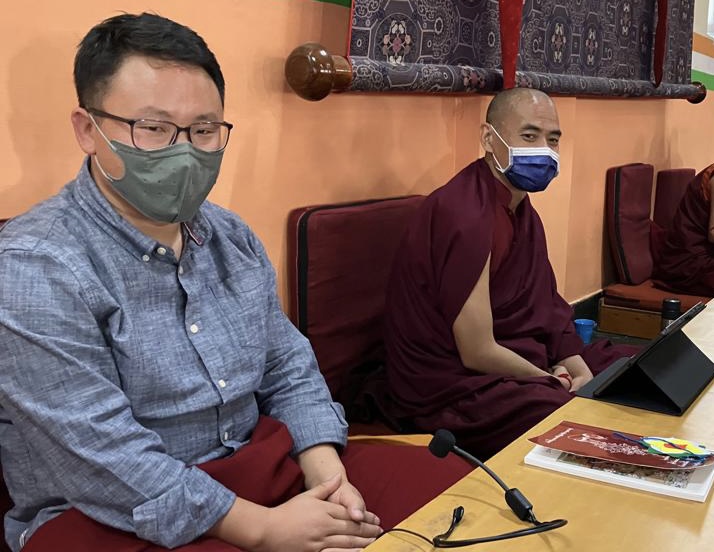 We were also very happy to see that two graduates from DKCLI, Khenpo Sonam Phuntsok and Lopon Sonam Jamtsho, served as the English translators during the program. Two other DKCLI graduates, Gyurme Dorjee and Konchok Norbu, conducted the Chinese translation for the program. Without their help, the hundreds of non-Tibetan-speaking participants would not have been able to understand the initiations and teachings, which were conducted in Tibetan. 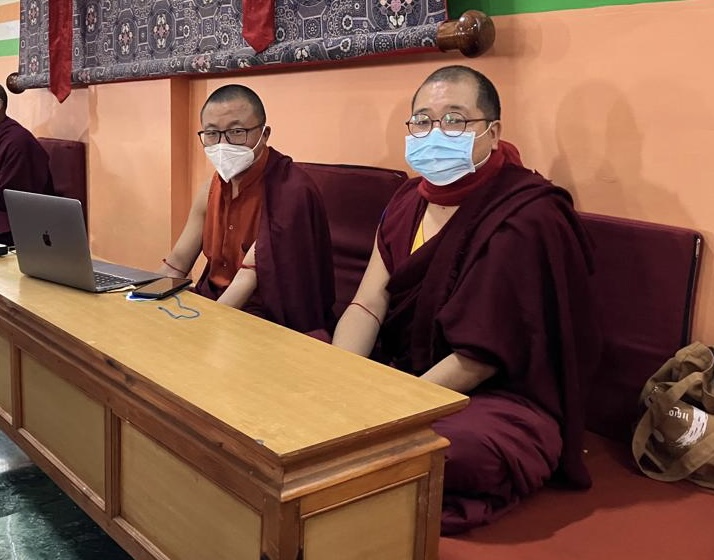 Lastly, we invite you to watch a video of this significant and joyous event: 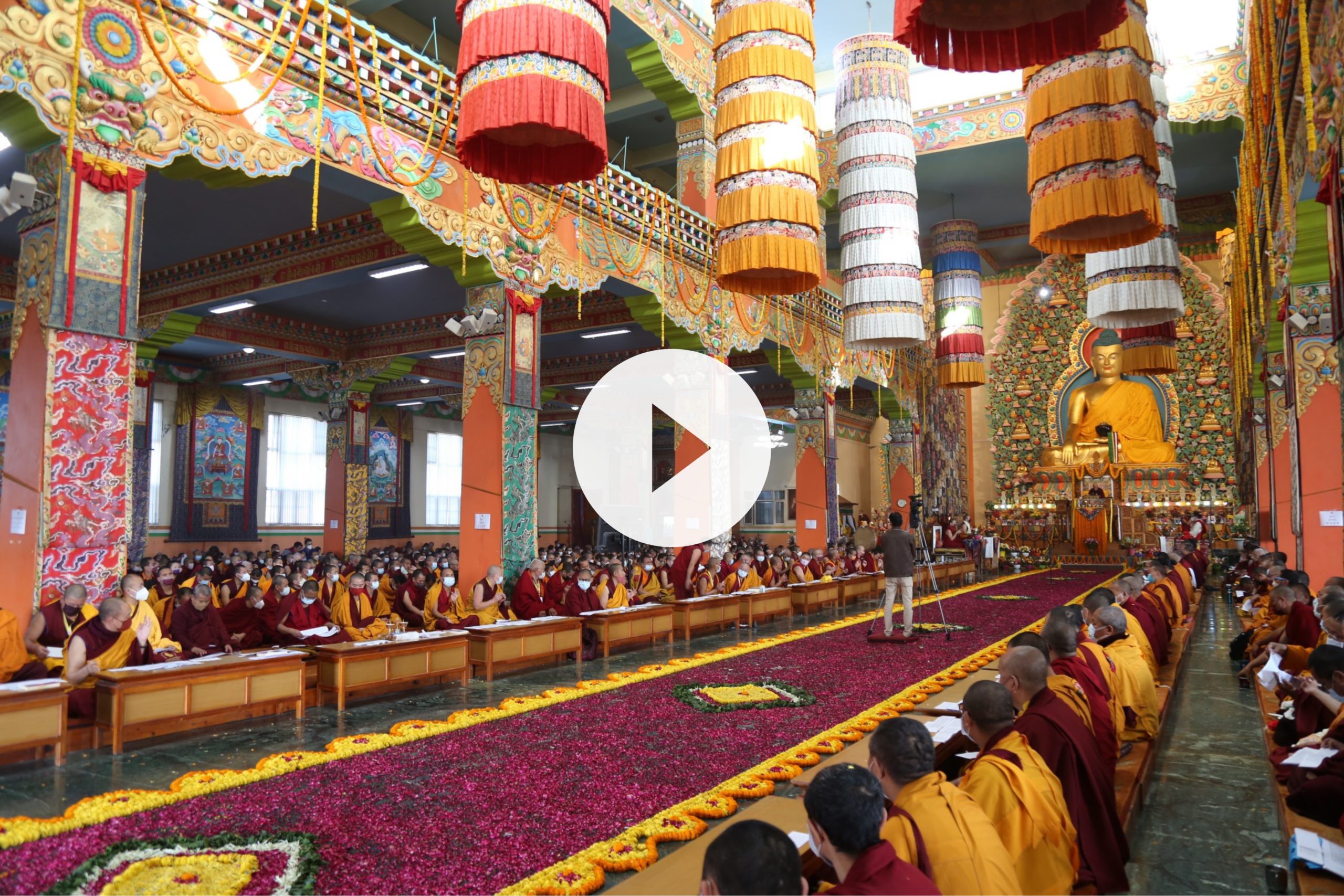 The last day of the long-life puja during the 2022 Drubthab Kuntu program. Photo courtesy DKCLI team.